Sometimes I wake up late and literally throw myself together for work and it never really bothered me because I knew that I wasn’t trying to impress anyone. I didn’t always not care about how I look, it’s actually a touchy subject with me. My image used to consume every thought I had for myself and it was never positive.

In this post you’re about to read and catch a glimpse of the poor idea of beauty I had throughout my lifetime thus far. Enjoy the embarrassing pictures, because I don’t pull them out very often.

When I was a small human, I didn’t care about anything besides how many times my older sister got in my way. My great-grandma was my idol and I was surrounded by people who loved me. Back when I was the youngest in the family I didn’t focus on comparing myself to others naturally, because I never had anyone to compare myself to. The only thing that mattered then were toys, pets and driving my sisters up the wall.

Still little, but older me:

Like I said, enjoy the pictures. At this point in my life I saw how my dad treated differently than my sisters and how much of an outcast I was. We can call this my tom-boy phase. I was so obsessed with trying to make my dad like me. Nothing I wore matched unless picked by my mom. All of those makeup gifts my sister got I would be disgusted with. I listened to Elvis Presley and the Princess Diaries soundtrack more than anything else because it was all I ever remember liking at the time. This is where the unhappy times really started for me. I went to school with these girls who were obsessing over Avril Lavigne and I wanted to be just like them. If Avril wasn’t about wearing dresses than neither was I! 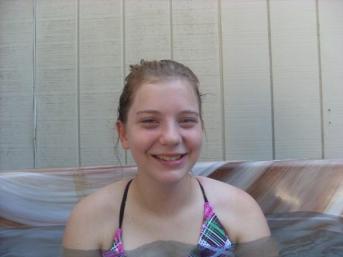 At this point in my life I took my image into my own hands and did a lot of stupid things with it. I wore clothes that didn’t fit, rocked makeup for the first time (got made fun of for it almost instantly when I went to school), and huge out around girls who put their looks first in everything. They were all interested in boys at that time, but I wasn’t. All I wanted at this point was to fit in with other people. Eighth grade into my freshman year would be what some might refer to as my “emo phase” … Yeah, I had one. Actually, my mother (bless her soul!) never let me dye my hair black like I wanted, so I guess my wardrobe just turned into black and grey tones and I listened to more angry music.

I also joined dance team. My sister did it and was a captain, she wanted me to follow in her footsteps and it was honestly a nightmare. I’d like to give a shout out to the individuals who had to deal with me on that team because I really had no clue what I was doing. This was also another step to getting my dad to like me (Yes I realize that I’m roasting him currently, just wait). With my mom, I already knew she loved me and wanted me to be happy, she gave me huge amounts of her time and attention. That being said, I expected my dad to treat me the way my mom did. 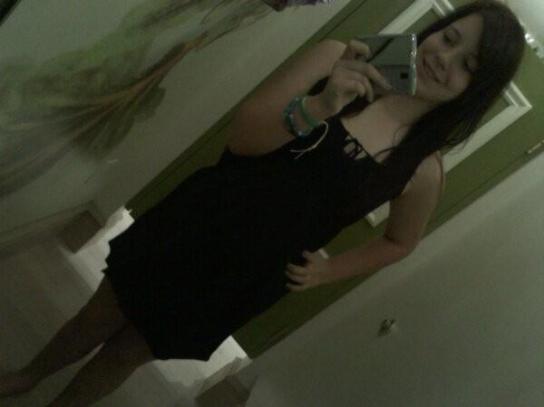 Okay, so my hair was never black, but it was definitely dark and had a purple tint to it (accidentally left the dye in too long on multiple occasions). I also went from feeling like a chubby middle school student, to having what I thought was a healthy weight. I was on swim team, played softball, finally got into a relationship, ect. Athletic me had a lot more friends and I felt good about myself. I didn’t make it on the dance team and it was probably for the better, I had a lot more free time and got to participate in more things with friends.

I also thought I was the queen of editing pictures. This was the time of Myspace and you bet that my custom html would make other teenage girls get crazy jealous. Thank goodness that didn’t last long!

At this point, I had got out of a really bad relationship thanks to my friend Kyle. I also gained weight, drank way too much red bull and spent most of the remaining time I had outside of class building a lighting program in the control room of my schools auditorium. I stopped interacting with certain people and was back in a bad spot.

See, I remember comparing myself to my sister and how my dad would go out of his way to see her at dance competitions and how through all of my swim meets or plays, he rarely showed. I also basically gave up on trying to spend time with him meaning that our lack of communication went from little to none. Having freedom in that made me realize that he never actually knew about my shows or meets because I would never tell him, so every time I got upset I never had a valid reason. He does care, he just isn’t great at showing it and that’s where the flaw was. I was too consumed in images to actually see what was going on with people. 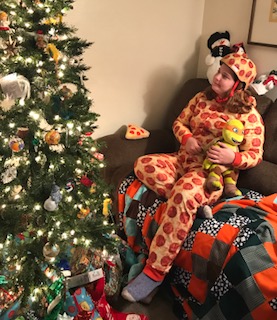 Bad relationships that I never should have been in and the battle with comparing myself to others ended my senior year and into college. I pretty much wrote off most of the people I grew up with who made fun of me, lied to me, or they did so to any friend of mine. I stopped trying to impress people as much and wanted to work on my future more than anything. The way I look only matters to me on certain occasions. The growth I’ve noticed from this isn’t so much from my image, but it’s from my attitude. I can look like I just woke up after getting hit by a bus and as long as I have a great attitude, it doesn’t matter to anyone but me.

I’ve worried for so long about what other people think of me, and all that’s actually got me is nowhere. I look back mainly at the person I was in high school and I’m mildly disgusted that I did that to myself. I guess it comes with growing up or leaving the town that started it all.